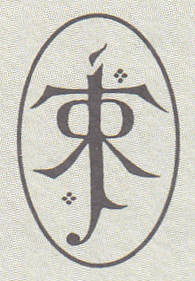 Yesterday, September 22, was Bilbo Baggins’ birthday. Not surprisingly, this prompted celebratory notes in the Tolkien viral world. With this seemingly trivial detail brought to the fore, one might pause and ask why Tolkien chose this date. The period of September 21-24 is of course the timeframe wherein the autumnal equinox falls (depending on the year) and marks the end of summer, with its rank growth, and the beginning of fall, with its vegetal decline. One of the major themes of The Lord of the Rings (and of The Silmarillion) is the fleetingness of things in this world, a fallen world wherein loss, decline, and death are inescapable. And so the birthday celebration that opens The Lord of the Rings is bitter-sweetly underscored with a reminder of the death and loss inherent in life. Bilbo, who has eluded aging thanks to his possession of the Ring, is soon to lose this unnatural boon and begin his unavoidable date with decline, just as summer is poised to yield to fall. Indeed, he is almost entirely eclipsed as both the Ring and the focus of the narrative shift to Frodo, who was also born on September 22 and who is thus also doomed to suffer the same loss, the loss of the Ring and the narrative shift away from him to Sam at the end of the book.

One thought on “Bilbo’s Birthday”