“What’s the Matter with You?”
in the Early Germanic Languages

All too often, students of ancient languages have little exposure to (idiomatic) expressions of a more workaday nature, expressions such as “to go to the privy” or “to have sex with,” or questions like “what’s the matter with you?” This is all the more so with the early Germanic languages, given their smaller corpora, compared to, say, Latin or Ancient Greek, and given the absence of bilingual dictionaries which have Modern English as the starting point. The equivalents of the first two expressions I have dealt with elsewhere (here and here). But how did one say “what’s the matter (with you)?” in the Early Germanic languages?

In Old English, one could say hwæt is þē? (sg.) / hwæt is ēow? (pl.), lit. ‘what is [it] with-you?’ (DOE, hwa I.E.1). (And, of course, the expression “what is it?” can still be used to mean “what’s the matter?” in Modern English. The expression with matter, by the way, dates back only to the fifteenth century.) Speakers of Old Norse could use the very same construction: hvat er þér? (sg.) / hvat er yðr? (pl.), lit. ‘what is [it] with-you?’ (Cleasby, vera B.2). I have not been able to find the equivalent in Old Saxon or Old High German, but the expression was ist mit dir? (lit. ‘what is with you?’) ‘what is the matter (with you)?’ exists in modern German. To my knowledge, the Gothic equivalent is not extant, but in light of the foregoing agreement in idiom, which may have been a Proto-Germanic inheritance, one might expect the Gothic counterpart to have been *hwa ist þus? (sg.) / *hwa ist izwis? (pl.).

A Bit of Self-Promotion

If you have an interest in the Gothic language and a predilection for Medieval(esque) music, check out the recent recording of my song “Baris Standiþ” (‘The Barley Stands’), performed by Donna Greenberg. You can listen to it here (and download it here or here). 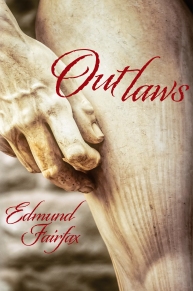 Or if writing in “Anglish” is your thing (i.e., a “constructed’ form of English using words of Germanic origin), you may be interested in Outlaws, a satiric literary novel in a picaresque vein, written almost entirely in words of Germanic origin (unlike this blurb), with a fair number of coinages. (Buy it here (Canada), here (USA), or here (UK)).